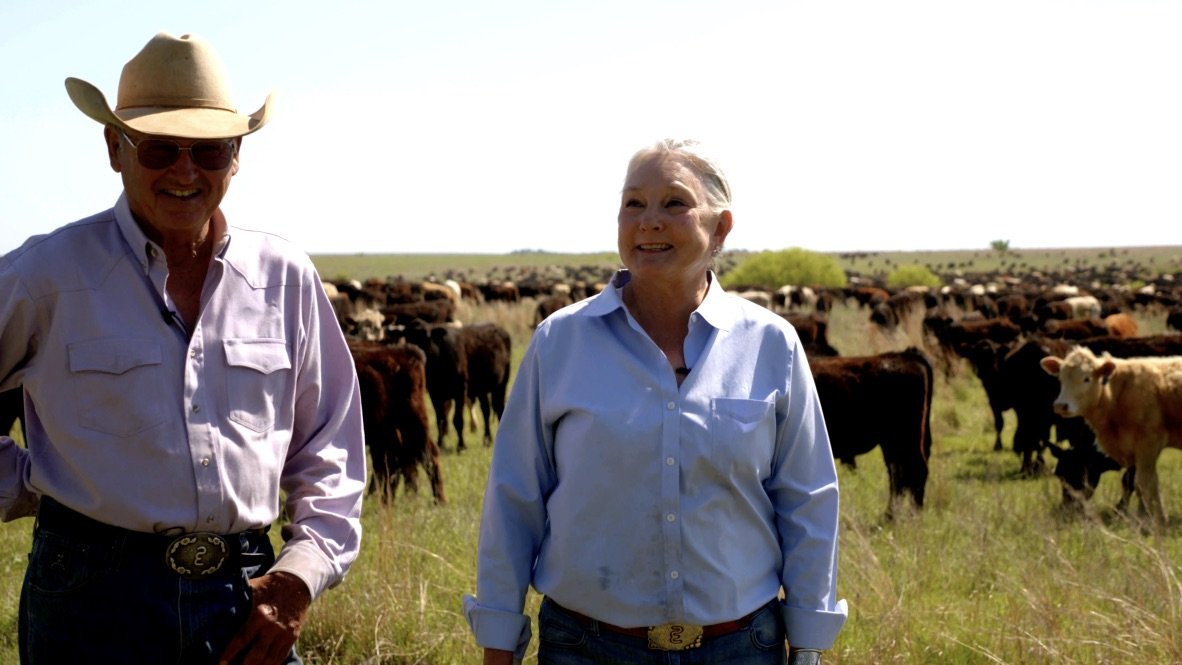 Herd Impact is the story of a North Texas couple who let nature dictate how they graze their cattle. They are having tremendous success in regenerating their land and their lives.

Innovative ranchers Deborah Clark and Emry Birdwell are healing their land, providing healthy habitat for migratory birds while raising one of the largest herds of cattle in Texas.

Peter Byck is the director, producer and writer of “Carbon Nation” and is Professor of Practice at Arizona State University, in both the School of Sustainability and the Walter Cronkite School of Journalism & Mass Communication. Byck is now focusing on soil health – in both the “Carbon Cowboys" short films series, and in leading a large whole systems science project comparing regenerative grazing to conventional - measuring a whole suite of data from water retention to soil carbon to animal well-being and much more. Byck has appeared on Real Time with Bill Maher and NPR’s Science Friday. He has presented "carbon nation" at the House of Commons, U.S. Embassies in London, Berlin and Vienna; Boeing, Nike, Google, Microsoft, Shell, Walmart.com and at many universities and community screenings worldwide. Awards: “Garbage”, director, Best Doc at SXSW; “Carbon Nation” Best Doc, IVCA, London