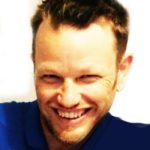 3 of Chris’ students have films in the NTFF this year; last year we screened 5

Chris has been behind the lens of several notable documentaries including Sierra Leone’s Refugee All Stars, The Matador, Riverwebs, CAFWA, Marley, and Lost Crops. His work has aired on Netflix, PBS, NHK, A&E, Discovery, The History Channel, Travel Channel, and Sundance Channel, among others. Prior to receiving his Master’s degree in Documentary Film & Video from Stanford University, Chris worked in East Africa as a United Nations Volunteer and in southern Chile as an Ambassadorial Scholar. Chris is the UCSB film faculty liaison with the NatureTrack Film Festival. 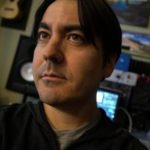 Chris’ film The High Sierra Trail is screening this year at the NTFF; last year we showed his film Rae Lakes

Chris Smead is an outdoor enthusiast who recently discovered filmmaking. He’s logged over 60 backpacking trips in the wilderness including the infamous John Muir Trail. These outdoor experiences inspired him to create and share the outdoor experience through film. His current projects aim to go beyond the average outdoor film by exploring multiple dimensions: the modern experience, the history, and the characters who experience these wild places. What started as a hobby, has grown into a more collaborative effort including several seasoned Hollywood professionals and the director of video at Stanford University.

In 2018 Chris founded Outmersive Films and along with his new colleagues, released a 39-minute film called The High Sierra Trail which scored over a dozen festival laurels. Chris and his team are currently working on an ambitious feature length film called Highline about a 10-day trek through the mountains of Utah. Chris is a husband and father of 2.  He and his family reside in San Jose, CA.

Andrew’s film Lean Against the Wind is screening this year; last year we showed his films Bruhwiler Country and Lindsey Ross: A Less Convenient Path

Andrew is a filmmaker and photographer with a degree in studio art from UC Santa Barbara. After graduating in 2005, he spent most of the remaining decade playing professional water polo around the world, but the desire to pursue a more creative life called him home to Santa Barbara, California, where he and director Keith Malloy founded and operate Bimarian Films. Andrew also produced the signature NatureTrack video. 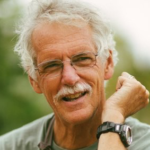 John has been a guest author and speaker at scores of schools and communities all over North America and has facilitated teacher trainings and framework workshops as a fellow in the California State Writing Project. He is an award-winning teacher who founded the Santa Barbara Middle School Teen Press, a group of student reporters who cover local events and newsworthy people. John serves as advisor to the students as they research, conduct interviews, write, video tape, and edit stories for their web site (http://sbmsteenpress.org), which is enjoyed by students and adults in countries across the globe. John teaches his students to respect the film medium as well as its capacity to manipulate thought and emotion. He also uses film as a catalyst for human interaction and invites parents to a monthly film screening and discussion. John and his wife Lynn have two sons, Isaac and Jacob — both filmmakers.

The Roll of Filmmaking in Land Preservation 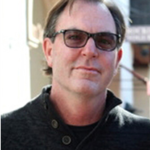 Michael’s film From Golf Course to Wetland is screening this year at the NTFF; last year we showed his film The Snowy Plover and You

Love grew up in Mexico City and attended Cal Arts at Valencia California. In 1987 Love wrote the screenplay for the Academy Award nominated Gaby: A True Story, directed by Luis Mandoki about Gabriela Brimmer the Mexican poet with cerebral palsy, starring Liv Ullman, Robert Loggia and Norma Aleandro. In 1993 Love wrote the original screenplays for the ABC movie of the week Shattering the Silence and in 1996 the Spanish language feature film Extranos Caminos. Love has written many other screenplays, including Mavericks for Playtone, Icon and Universal Studios, and Tina Modotti for Mick Jagger’s Jagged Films and Warner Brothers. In 2010 Love wrote the screenplay for the Spanish language film La Leyenda De Las Arcas released in 2011. Most recently, Michael wrote the original screenplay for the English language historical epic Cristiada directed by Dean Wright and produced by NewLand Films about the Cristero war in Mexico (1926–1929), starring Andy Garcia, Peter O’Toole, Bruce Greenwood, Eva Longoria and Rubén Blades. Cristiada aka “For Greater Glory” was released internationally by Relativity Media and Arc Entertainment and was nominated for five Alma Awards.

From 1992 to 1999 Love was instructor for The American Film Institute’s workshop The Final Draft, and Faculty Board Member of the AFI Professional Training Division. He has also been a lecturer in screenwriting at UCSB (2001, 2002) and Smith College. 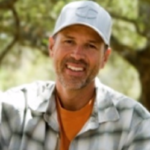 Born in Burbank, California, Reitherman is the son of German-born Disney animator Wolfgang Reitherman and Janie Marie McMillan, and provided the voices of Mowgli in The Jungle Book, and Christopher Robin in Winnie the Pooh and the Honey Tree. After graduating from UC in 1977 with an independent major in Natural Resources and a minor in Spanish, subsequent work experience included stints as a river guide, field biologist, naturalist, expedition leader, and biological consultant. He has worked on natural history productions in exotic locations from Alaska to Australia. Starting out as a freelance cameraman in 1983, Reitherman has gone on to produce documentaries broadcast by PBS, National Geographic Television, The Discovery Channel, the BBC and Canal Plus. He served as cameraman, producer, writer and director, in the 1990s on shows like In the Wild, Nature, and Big Bear Week. He lives in Santa Barbara with his wife, artist Erika Hill, and their daughter Camilla. Bruce now provides environmental consulting services to a variety of clients that includes document review and preparation, field surveys, compliance monitoring, habitat restoration, and research; he also serves on the Santa Barbara Channel Keepers Board. Bruce became Conservation Manager for the Land Trust for Santa Barbara County in 2012 and was promoted to Conservation Director in 2015. 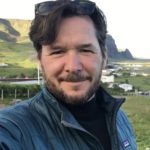 Director Matthew Testa has been working in documentary film and television for two decades, often focusing on the environment, social justice issues, and the interplay between people and nature. Prior to The Human Element, Testa wrote and directed Volgumentary, which tracks the unlikely rise to stardom of YouTube personalities who document their daily lives. The film premiered at the 2016 Tribeca Film Festival and was acquired by YouTube Red.

Testa holds an MFA in Directing from the American Film Institute Conservatory and lives in Los Angeles with his wife, daughter, and a cattle dog named Thunder.

Cory’s film Into the Arctic: Awakening is screening this year at the NTFF

In 2001, Cory Trépanier began filming his artistic expeditions in to the Canadian Arctic, leading to four televised documentaries: A Painter’s Odyssey, Into the Arctic: An Artist’s Journey to the North, Into the Arctic II (nominated for a Canadian Screen Award), and True Wild: Kluane. His fifth film, Into the Arctic: Awakening, had its first pre-release screening in Monaco before Prince Albert II. Cory’s films are broadcast in Canada and internationally.

In January of 2017, Cory’s INTO THE ARCTIC Exhibition — an unprecedented collection of 60 canvases, and his Into the Arctic films — began touring for four years, with 11 museums on the itinerary to date. Created over a decade of painting and exploring the Canadian North, it premiered at the Embassy of Canada in Washington D.C. Highlighting the collection is the 15-foot-wide Great Glacier painting, quite possibly the largest Arctic landscape painting in Canada’s history.

Canadian Geographic named Cory one of Canada’s Top 100 Living Explorers. He is a fellow of the Royal Canadian Geographical Society and a member of The Explorers Club, and he received the Canadian Chapter’s highest award, the Stefansson Medal. He has also been honored as a National Champion of the Great Trans Canada Trail.