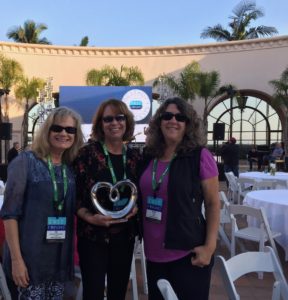 The Los Olivos based NatureTrack Film Festival (NTFF) picked up the “Best in Fest” award for Best Charitable Film Festival at the recent FestForums® conference held at the Hilton Santa Barbara Resort. The barely one-year old nature-focused film festival, which launched in Los Olivos earlier this year, was recognized for its educational and charitable alignment with the highly regarded NatureTrack Foundation. FestForums® is a conference for all festival industry leaders, event producers and artists. Addressing cutting-edge technology, talent, ticketing, sponsorships, scheduling, merchandising, operations, sustainability, charitable work, innovation and safety, FestForums® brings together festivals and events of all sizes for collaboration, professional development and entertainment.

The concept of a film festival dedicated to the outdoors and situated in the stunning natural setting of the Santa Ynez Valley, originated with NTFF founder and director Sue Eisaguirre who conceived the idea for a local nature film festival as an extension of the non-profit NatureTrack Foundation that she started in 2011. NatureTrack introduces school children to outdoor spaces from the seashore to the inland oak woodlands of Santa Barbara County by providing cost-free outdoor field trips. Utilizing local trails and beaches throughout the county, NatureTrack instills students with leadership skills, attitudes and habits for lifelong learning, inspiring them to be respectful stewards of the natural world. Since 2011, over 18,000 students have had the opportunity to experience a NatureTrack field trip. Demand for the curriculum coordinated program has increased every year with teachers praising the docent-led excursions that align with classroom instruction. Sue was inspired to bring her outdoor vision indoors and onscreen at the NatureTrack Film Festivalso more people could enjoy and appreciate what her docents and students practice and experience in their outdoor “classrooms.” 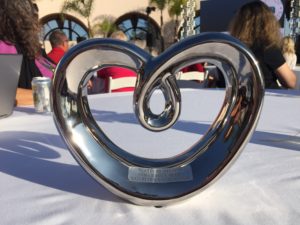 The FestForums® win reinforces what first year audiences discovered at the inaugural NatureTrack Film Festival; the mission of the NTFF to “ignite passion for nature through film” takes its inspiration directly from seven successful years of NatureTrack sponsored outdoor adventure for kids all over Santa Barbara County. In fact, many NTFF attending filmmakers and film-goers took advantage of docent led hikes, which were offered during the film festival, to enjoy a more immersive experience at the NatureTrack Film Festival.

The NatureTrack Film Festival is in the final stages of reviewing hundreds of film submissions from around the world for the 2019 edition. Organizers are once again promising an exhilarating film festival weekend of international nature cinema.