After a Friday kick-off reception at Mattei's Tavern, 59 films played over three days before the winners were announced at the Sunday, March 25th closing reception hosted by the Fess Parker Wine Country Inn.

The following films and filmmakers were singled out for top honors by a select awards jury:

Best in Festival Looking for the Wild, directed by Andoni Canela

Best Outdoors & Out of Bounds The White Maze, directed by Matthias Mayr

Best Kids Connecting With Nature Looking for the Wild, directed by Andoni Canela

Audience Favorite Nesting with the Devil, directed by Stephen Matter

Filmmakers Keith Malloy and Stephen Matter were present to accept their awards. The NatureTrack Film Festival heartily congratulates all of our inaugural year winners.

Speaking of winners, visitors to The Wildling Museum over the next next three months will be able to see the original cameras used to shoot the iconic TV program Wild Kingdom. The cameras made a special appearance at a Wild Kingdom/Winemaker Dinner held at Bottlest during the NatureTrack Film Festival. Chris Jenkins, Head of Production and Film Media Studies at UCSB, demonstrated the cameras and showed clips from the groundbreaking television show starring Marlin Perkins, before the equipment made its way to The Wildling where it will be on display until June 30th.

The NatureTrack Film Festival will return to Los Olivos next year, March 22-24, 2019.

The NatureTrack Film Festival proudly honors and thanks our inaugural year sponsors and partners for helping us launch this exciting new event in the Santa Ynez Valley: 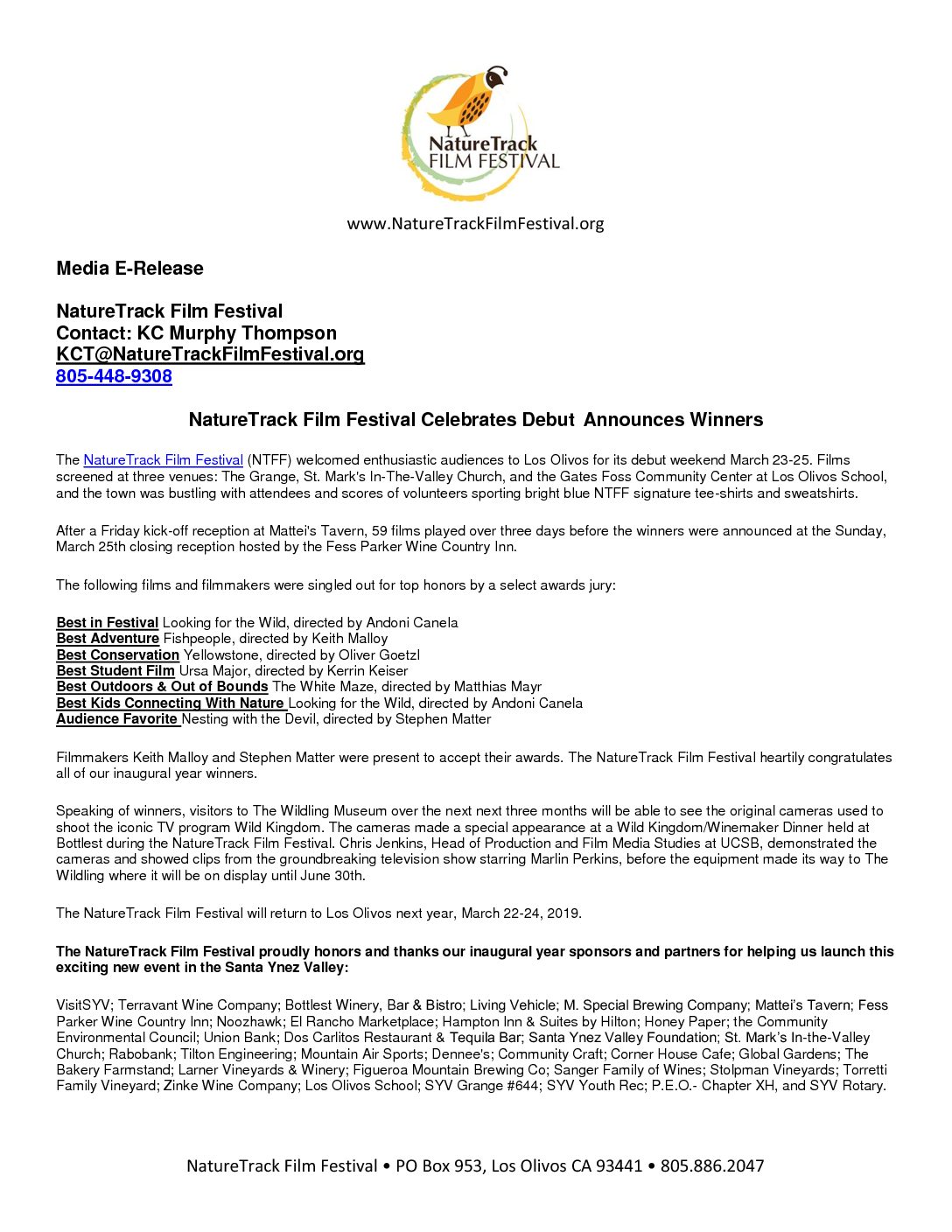 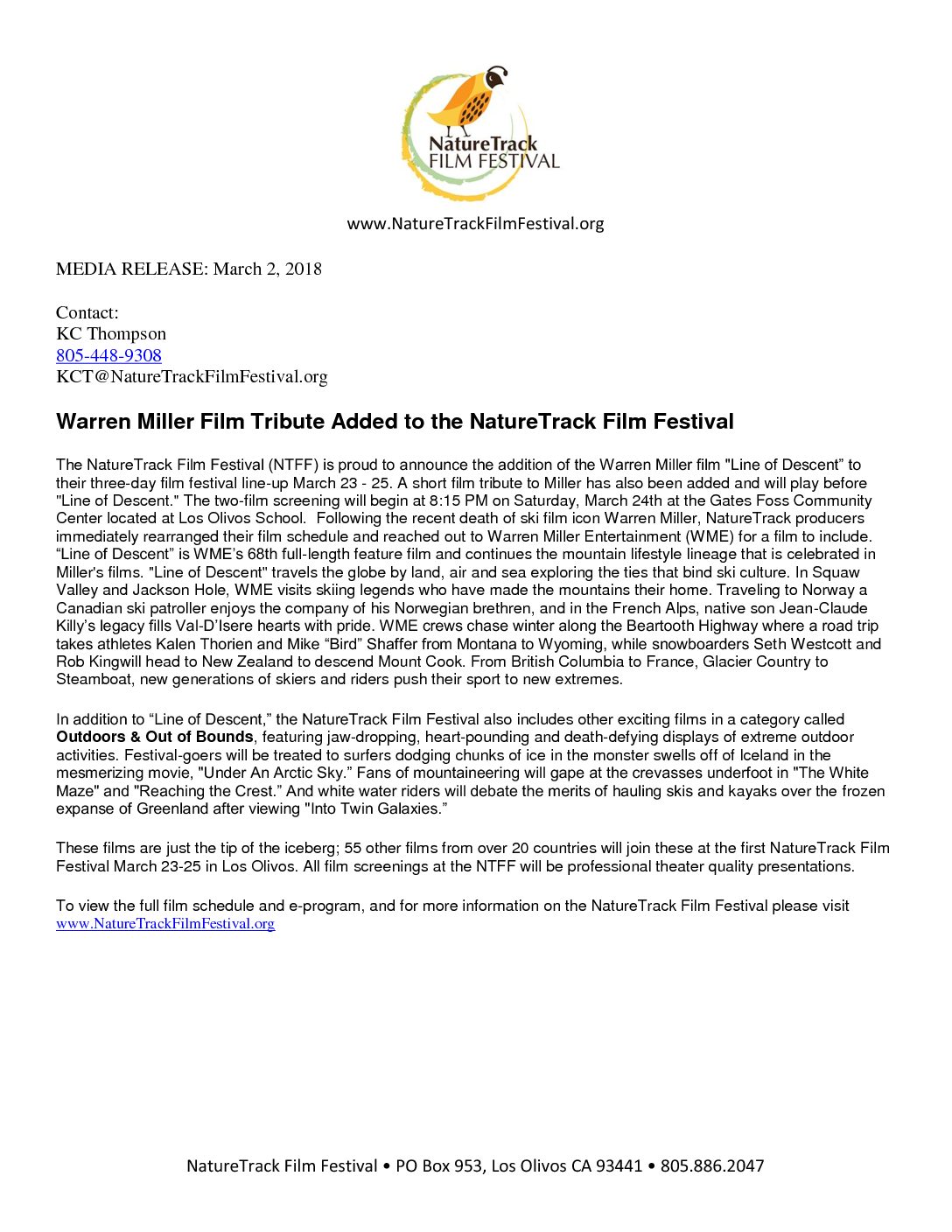 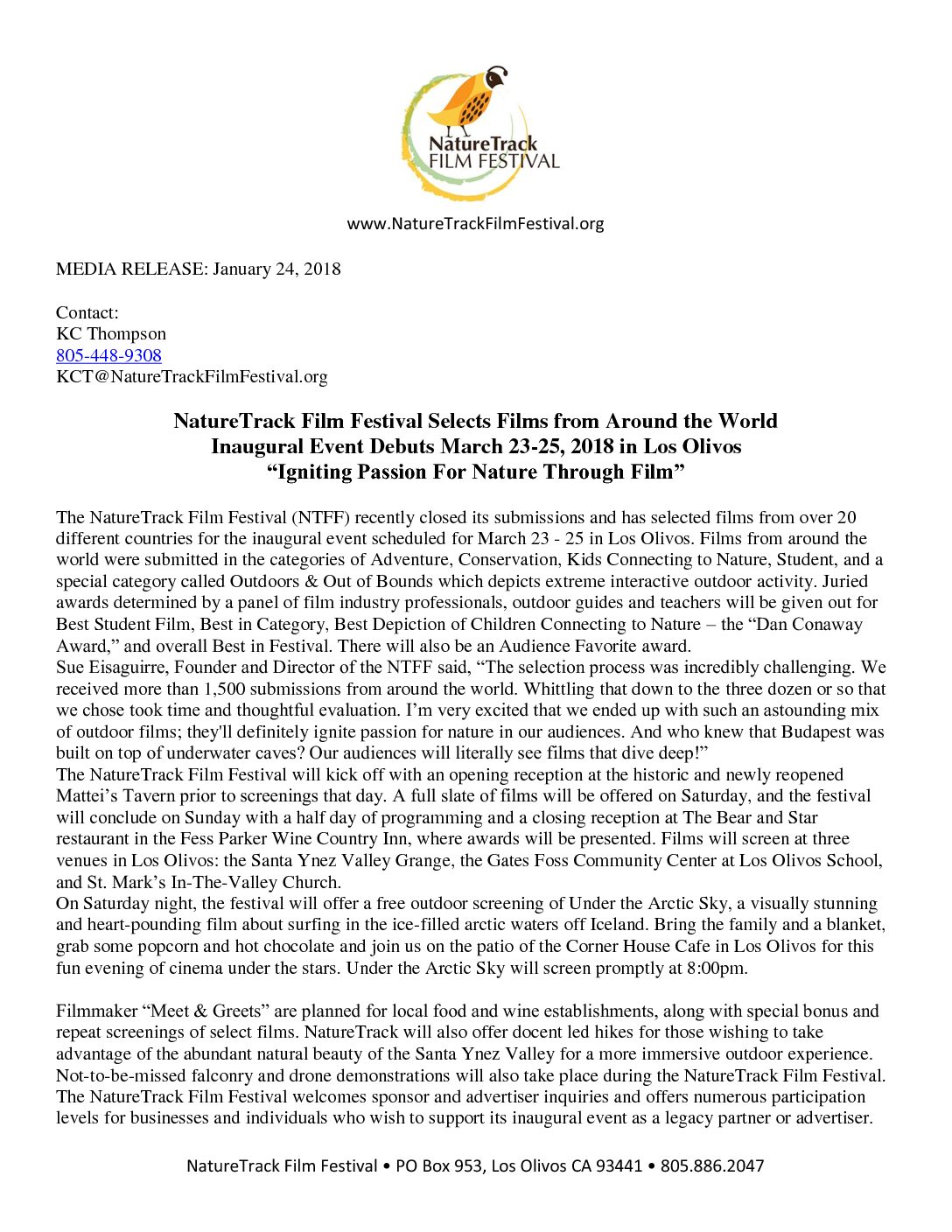 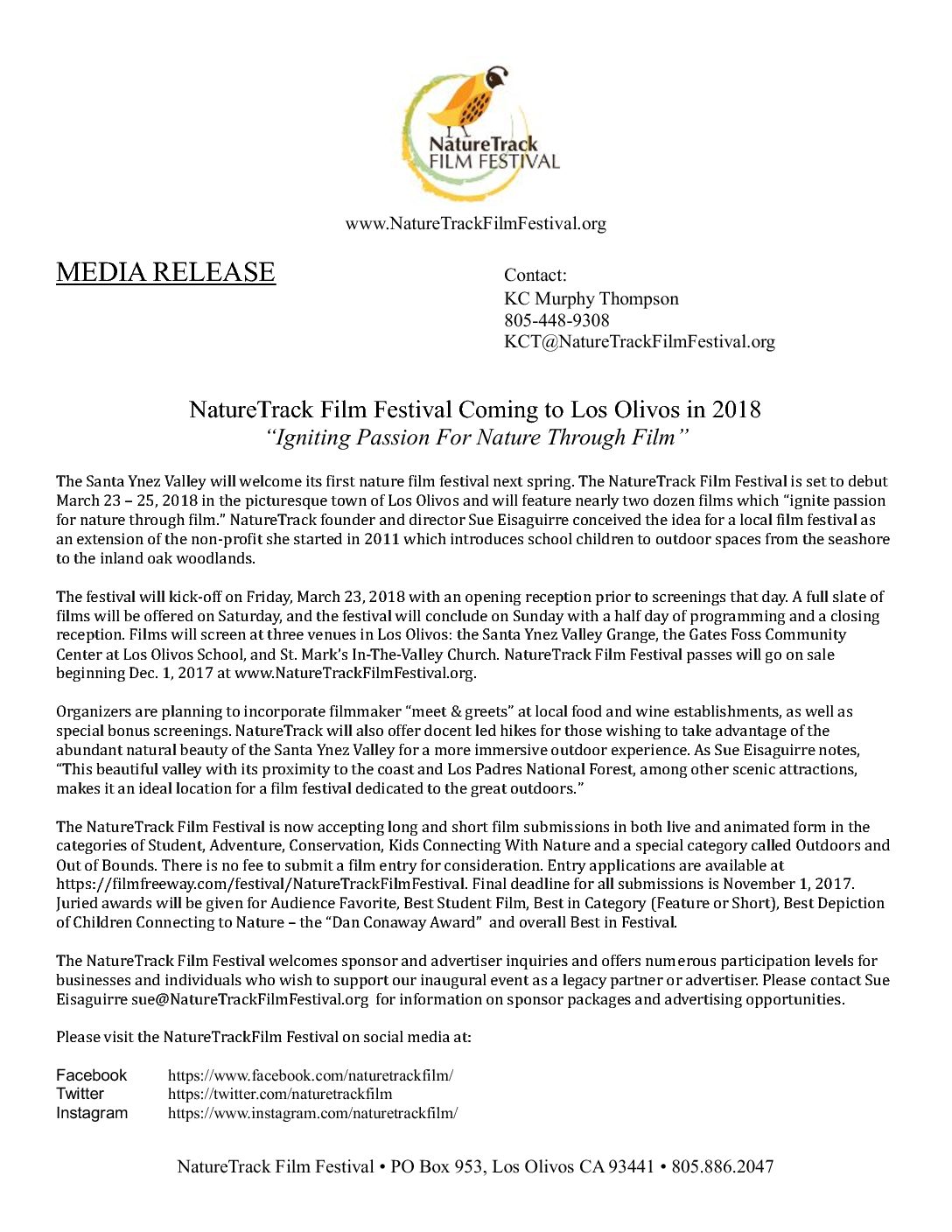