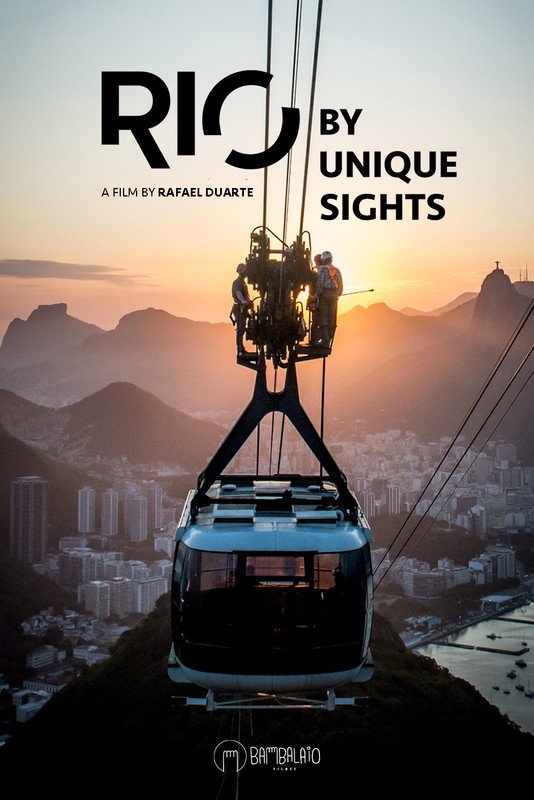 The nature and adventure photographer Rafael Duarte goes on a journey across the city of Rio de Janeiro seeking exclusive angles through the perspectives of five characters that have special connections with the city’s natural and diverse landscapes. As he lives the characters’ routines by their side, his camera searches the elements that makes their relationship with the city’s environment so unique. The documentary explores the city of Rio through the eyes of a special mountaineer-engineer that devoted his life working at the world’s most famous cable-car, a young female highline athlete that is inspiring women to join the sport, an ultra-marathonist that came from a humble childhood to practice in the urban forests to become a champion, a biologist that protects the marine birds that nest on the city’s islands and a record-holder tandem flight pilot that invented the “yoga in the sky” technique to fight people’s fears. The film shows how their connection with the city’s nature impacts their lives and their ways to see the world.

Award-winning documentary director, journalist and photographer, Rafael Duarte holds a Masters in “Cinema and Audio Visual” by the Université Paris 1 Pantheon-Sorbonne. He directed the documentaries “RIO by unique sights” (2021), “Beyond Dreams” (2019), “The Sea Mountain” (2018), “SOS UERJ” (2018), “Sons of Sound” (2018), “Transcarioca Trail” (2017) and “Whiteout” (2015). He directed and produced a series of short docs for Piauí Magazine under the supervision of prestigious directors João Moreira Salles and Renato Terra and also the first O Globo’s webseries. He is the founder of the expedition team “Miramundos” and collaborator of international media outlets such as National Geographic Magazine, Mongabay, O Globo, VICE Extremos and Go Outside Magazine. As a photographer, he is the author of four books and had his work exhibited in galleries in Brazil, France, Spain and England – where he was selected by the Sony World Photo Awards to take part in World Photo London 2012 at Somerset House. In 2009 he was elected one of the best photographers of the Way of Saint James in Spain.