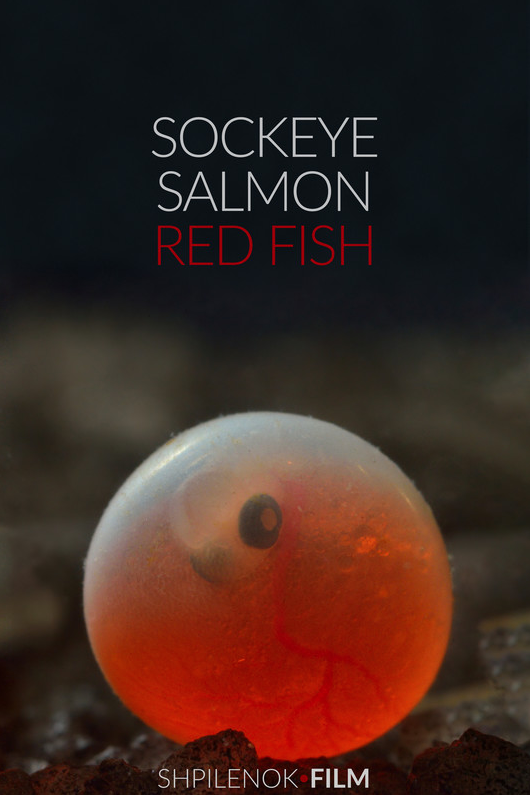 Sockeye, a species of wild salmon, is born in Kamchatkan waters and spends its entire life in the Pacific Ocean. Only once does it return to fresh waters - to give offspring, start the circle of life, and die. It is an inexhaustible resource that feeds billions of people on the planet, restored every year! But soon, we may find ourselves facing the unimaginable: humans will exhaust the inexhaustible!

Greetings!
My name is Dmitriy Shpilenok, the director and main camera operator of the movie.
“Sockeye Salmon. Red Fish” is finished thirteen years after I first had the idea to tell the story of Kamchatka’s wild salmon. Wild salmon are a perpetual engine, feeding billions of people on this planet.

In 2007, I arrived in the Kamchatkan wildlife sanctuary, with plans to shoot the film. I soon learned that shooting in those conditions was impossible. The scale of the poaching on Kurile Lake shocked me. Every night, poaching groups poached over 700 kilos of sockeye caviar! It was dangerous to be near the significant areas. With this new knowledge, the idea to film a movie about salmon, right next to those who were illegally eradicating seemed overly bold. I had to put away the camera for a couple of years, and join the task force that fought poaching.

But poaching is not the only thing that threatens the consistent return of wild salmon. The fish are threatened by construction of gas pipelines, dams, and mines, as well as biased overestimation of the region’s safe fishing capacity. In Kamchatka and other regions relying on fish, fish is the basis of all commerce, an inexhaustible source of income and great temptation! These sorts of places attract people and fuel their greed. The great risk is that in their pursuit of profit everything will be irrevocably lost: fish and hundreds of other animals, in addition to the utopian corners of our planet that they live in.

The film “Sockeye Salmon. Red Fish” is about the wild salmon of Kamchatka - but it’s only one illustration of a worldwide problem. In the USA and Japan, schools of wild salmon are also under threat. Experience of restoring wild salmon in American, Japanese and Canadian rivers, has shown that expenses greatly outreach their results. The only way to save wild salmon is to stop it’s natural numbers from dwindling.

It is imperative that the movie “Sockeye Salmon. Red fish” is seen by as many people as possible, especially those that are able to influence the decisions made about the extraction of natural resources. This movie has the ability to attract the attention of the public to places that are too tempting for industry, businesses, and poaching. We need to speak about these places as much as possible, spread their beauty, so that society itself stands as defense against businessmen who aren’t interested in our future, only profit.