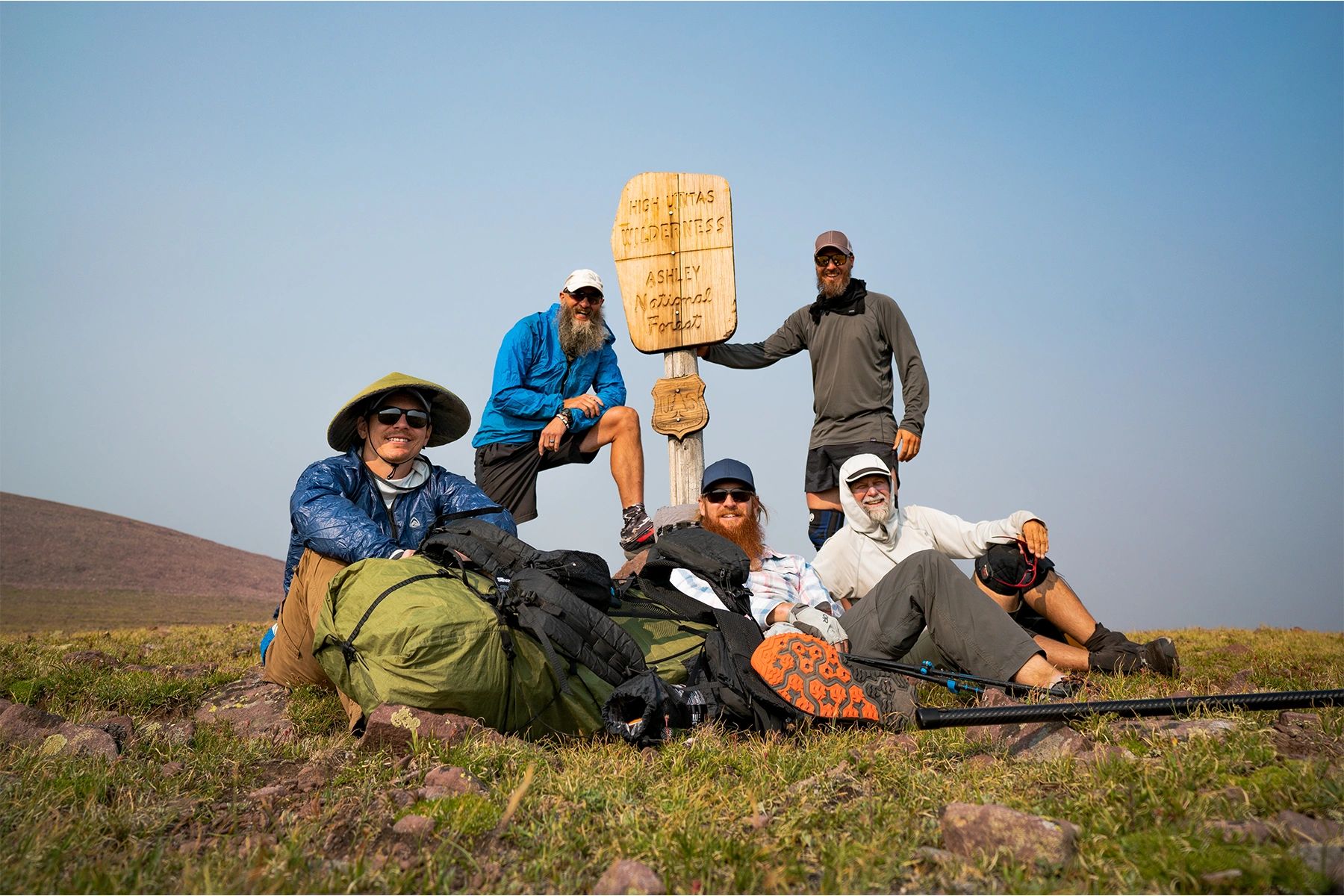 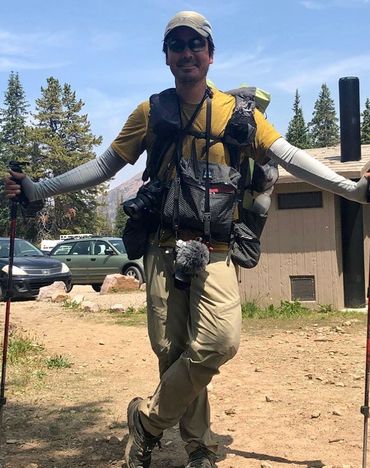 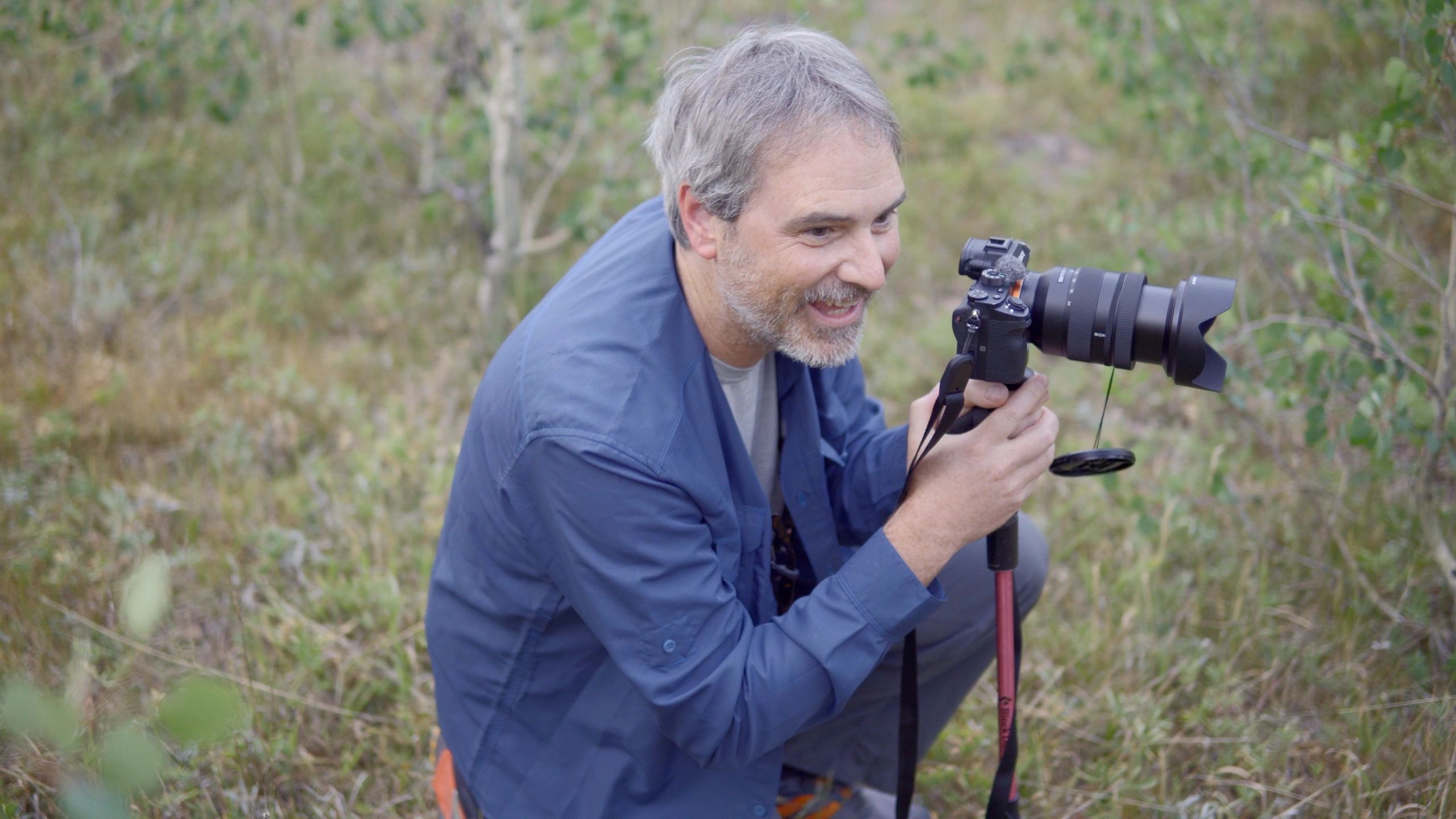 The NatureTrack Film Festival is excited to welcome back Director Chris Smead and his Co-Director for Highline, Gordon Gurley, to the 2020 Festival in Los Olivos, March 20-22. Chris brought us Rae Lakes in 2018, The High Sierra Trail in 2019, and will be giving us a Southern California premiere of his first full-length film, Highline, this coming March. Chris is the founder of Outmersive Film.

We are very excited that both Chris and Gordon will be coming to the festival to give insight into the making of their film. One thing we can always expect when we watch a film produced and directed by Chris and his Outmersive team – we will learn more about the trail’s history, and we will want to grab our hiking boots and experience it for ourselves.

Highline follows 5 hikers as they traverse a lesser known mountain range in Utah called the Uinta (you-inta).  Viewers will experience the adventures and challenges along the way. Local archaeologist Tom Flanigan adds another layer of depth to the experience by sharing stories from the past and conveying the importance of this lesser known place. As the story progresses, viewers begin to learn more about the hikers, and why they choose to hike for days, weeks, and even months at a time. Stories of PTSD recovery, addiction recovery, health, and family issues are heavy topics in the film.

The Highline premiere in Utah brought 400 people to the showing, and back to back screenings in Salt Lake City were sold-out, as are 2 showings in Tennessee. It is clear that Outmersive is producing films that people want to see!

If you would like to know more about the “behind the scenes” adventures creating the Highline film, we recommend listening to Backcountry Exposure’s Backpacking Experience Podcast with Devin. A wonderful interview with Chris Smead.

Information on hiking the trail can be found here. 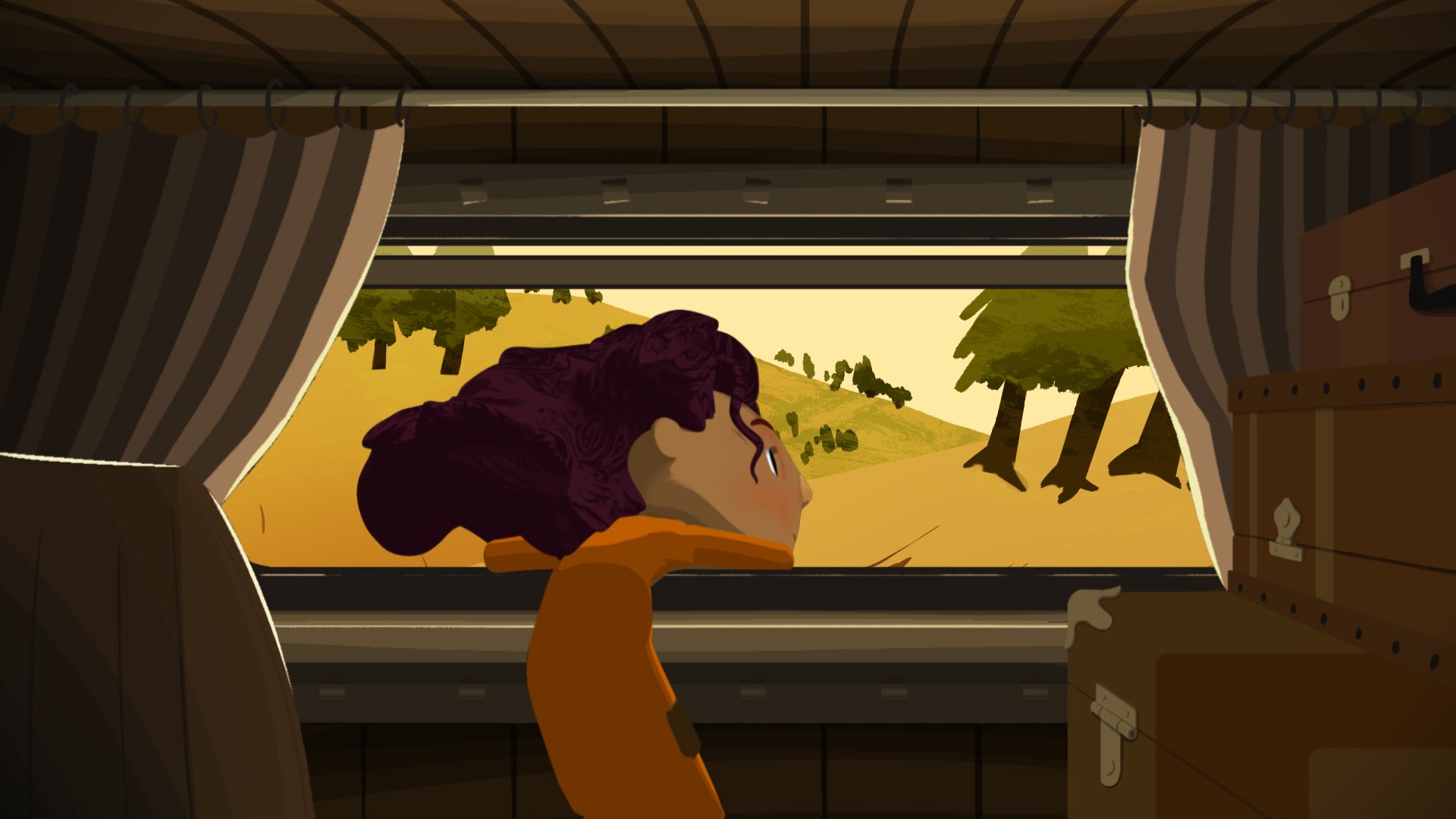 The NatureTrack Film Festival is excited to welcome Director Yeliz Motro and Producer Catherine Nelson to the 2020 Festival in Los Olivos, March 20-22. Animation is a singularly unique way to illustrate a relationship with nature or the world. NTFF is very pleased this year to have had a number of excellent animation projects submitted to the festival – from those submissions, we were able to accept a larger number than ever before, two of them being student films!

Beginning with a simple train trip, a little girl searching for serenity, determines to escape into the wilderness. Her journey ends, only when she is wild enough to become a part of it.

Yeliz relates, “Between March 2018 to June 2019, I directed a 2D/3D hybrid short for my senior film at SCAD, made up of 2D backgrounds and a 3D character textured and rendered to fit the illustrations. We also incorporated a subtle style shift between the beginning and the end of the short, starting with a “clean” look (graphic, geometric, refined) and slowly transitioning to “wild” (loose, painterly, impressionistic) as the character moves deeper into the forest.” To learn more about the processes used to create her animation visit: yelizmotro.wixsite.com/anim/escape

Yeliz Motro is an animator, originally from Istanbul, Turkey. Graduated from SCAD Atlanta, she is an avid traveller, with her art frequently taking inspiration from concepts of childish curiosity and adventurous wonder.

The NatureTrack Film Festival is excited to welcome John M. Mastriano to the 2020 Festival in Los Olivos, March 20-22. Inspired by the stories told to him about his father’s life, this film demonstrates the connection that can be made through the power of nature.

A poignant story, Guidance, tells a first person account of connection. Says director John, “John Thomas Mastriano lost his hard-fought battle with cancer on October 25, 1989, at the age of 31. John was my dad. I was too young to remember much about him, but I was lucky enough to grow up surrounded by many people who knew him well and enjoyed telling stories about him. Fathers can guide you through life in all sorts of ways. This is a story about me and my father’s shared passion for nature, wildlife and exploration and how learning about him guided me to that passion. I wanted to use my own personal experience to inspire people to find inspiration and fulfillment in the wake of great loss.”

John’s story exemplifies how children can connect with nature, even when that guiding hand is felt through the stories left behind by those who knew a father would have wanted to share his passion with his child.

Director, DP, and filmmaker. Born on Long Island, NY in 1986. Developed a passion for nonfiction storytelling while attending The State University of New York at Oswego in the mid-2000s. Possesses tremendous appreciation for wildlife and the natural world.