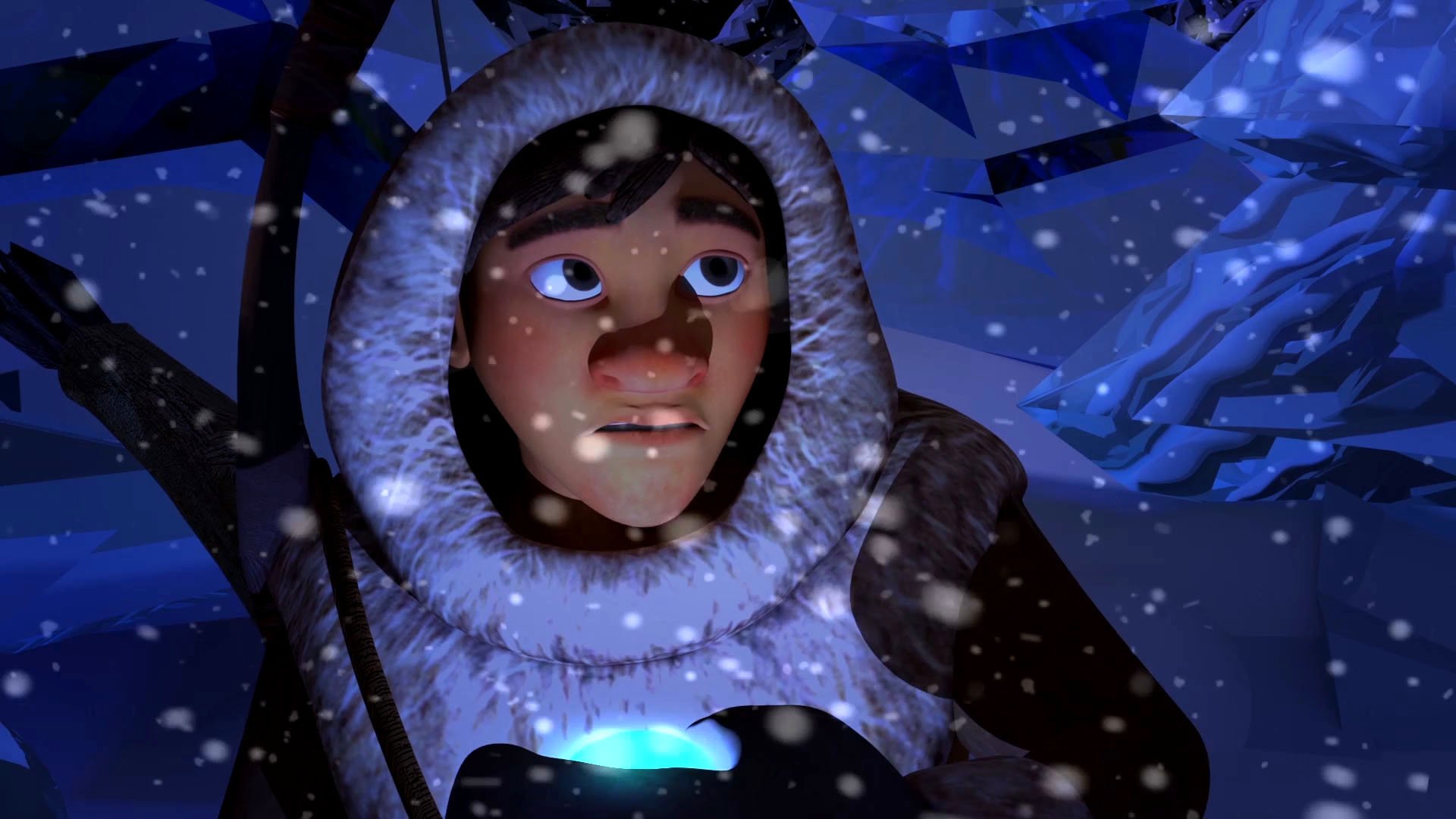 In this clever animated film a young hunter tries to prove himself by shooting down the north star from the constellation Ursa Major. This enrages the cosmic bear who freezes the world in retaliation. Terrified of the consequences his actions have had on the environment, the boy shoots the star back into the sky. Grateful for having his brightest star back the bear roars, and northern lights guide the boy home.