What do you do when someone you love is diagnosed with a debilitating disease? How can you help ease their pain and fear? How can you give them hope?

Endurance athlete Adam Ellenstein asked himself those very questions when his aunt, Susan Scarlett, was diagnosed with Parkinson’s. The course of this neurodegenerative disease is uncertain, but the future can be bleak… even devastating. Her walking and all her motor skills could be impaired. Her speech could become slurred. She could be wheelchair bound. The answer for Adam is to use what he is best at— ultra-distance endurance sports.

His challenge is to swim the 65-mile length of Lake Okanagan in Vancouver, Canada; his goal is to raise funds and awareness for Parkinson’s; his true purpose is to honor and uplift his aunt and to motivate her to stay active and fit despite the physical obstacles.

The 60-minute documentary Victory Swim follows Susan and Adam as they come together at this critical moment, and as a team, embark on a swim that will inspire and transform them both. The film tracks Adam and his crew as he trains for the grueling 65-mile (105-kilometer) record-setting event, and Susan as she prepares to swim a part of the lake with him. Over the course of his journey, Adam faces tests that push his body and mind to the breaking point. Through his efforts, Susan discovers an inner capacity to face her own tests—the pain and fear, and the day-to-day reality of living with a degenerative disease.

Victory Swim is a story of love, perseverance, and of a positive mindset which Adam and Susan both embrace as they confront their own unique challenges.

This project was brought to me by Susan Scarlett, the primary subject of the documentary. She has family and a second home in Hawaii and we had met a couple of years prior. While the swim took place in Canada, the rest of the content in this documentary was filmed in Molokai, Hawaii and Austin, Texas.

When Susan approached me about this project, Adam's Victory Swim had already been completed. Fortunately, Guinness World Records required that the entire event be recorded from start to finish, so there were hours upon hours of GoPro footage taken from multiple cameras fixed to boats and kayaks. There was also a decent amount of news media content covering the event.

Susan's initial request was that I produce a video that would simply be shared among friends and family. However, after shooting the interviews and rough-editing the swim footage, we realized that we had a very powerful story on our hands that deserved a wider audience.

The subject matter of this documentary was outside my normal realm of film making, but the story sucked me in with its universal themes of love, support, positive thinking, and personal transformation. I got to know the people in the story and many of them have since become close friends. They are good people with much to share.

Working on this documentary has changed me not only as a filmmaker, but also as an individual. Adam and Susan's positive mindset and their motto of "the goal is to feel good" has helped me re-frame my own outlook on life. I know that audiences will be inspired in a similar way. For viewers who are struggling with disabilities and chronic health issues, I hope that this story will be even more meaningful and uplifting. 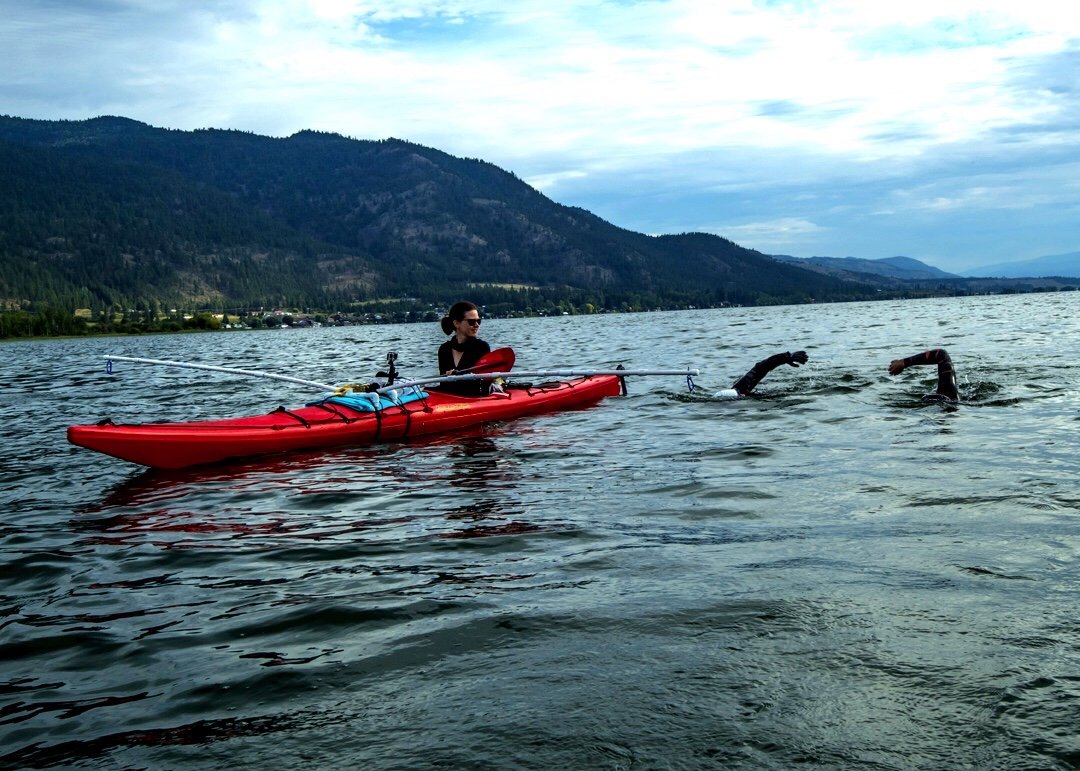